Make it: Beach Towel Roll Up 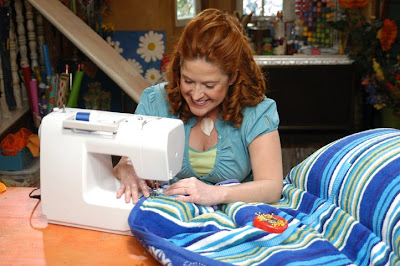 Stitch up this handy beach towel that boasts a hidden compartment perfect for stowing your valuables and a cushy pillow. All you really need is couple of beach towels to get started. 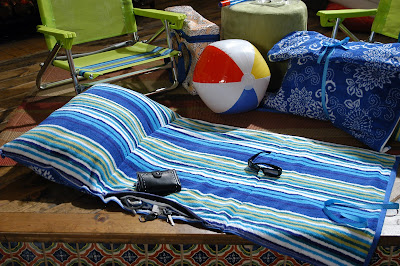 Surfs up! With this beach towel roll up. 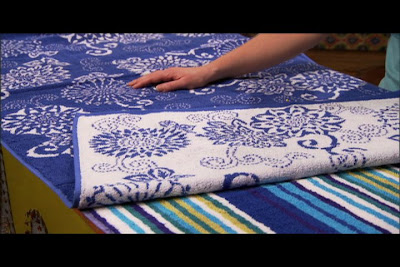 1. Lay your towels down one on top of the other with the wrong sides facing. Store-bought towels are not always exactly the size that is specified on the label, so your towels may not line up exactly. If this is the case, just line them up as best as you can – they don’t have to be exactly the same size for this project to work. Alternately, you can trim them and re-hem them to get them to be just the right size. 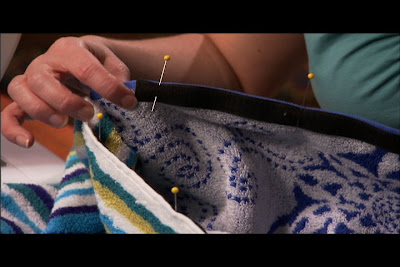 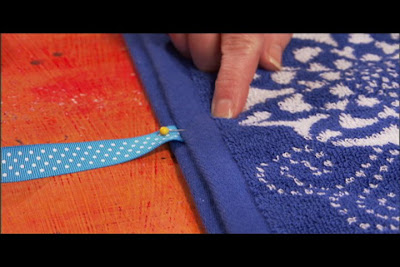 4. Find the center point at each end of the towel and pin the end of a 30” piece of ribbon in between the two towels at each of these points. Starting just below the hook and loop tape, stitch the towels together all along the perimeter, making sure to catch the ends of the ribbon as you stitch. If the binding along the edges of your towels is too thick to feed through your sewing machine, just stitch the towels together a little bit further in from the edge to avoid the thick binding. You want to leave one side of the top section open to stuff the pillow. Also do not stitch over the hook and loop section. 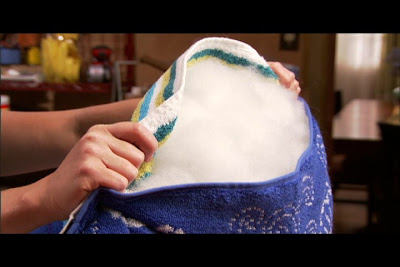 5. Stuff the top portion of the towel with poly stuffing. Pin the opening closed and stitch it shut using the machine or a hand whipstitch.

6. To roll-up the towel: Fold the towel in half with the ribbons together. Fold or roll up the lower portion of the towel, leaving the ribbon exposed at the top. Wrap the ribbons around the towel roll and tie together.
Posted by Cathie Filian at 10:30 AM