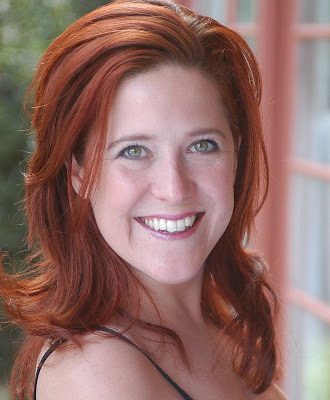 
Cathie is an Emmy Nominated television host, book author, lifestyle expert, inventor and handcraft designer. Her bubbly personality and enthusiasm for all things creative makes her a winner with audiences worldwide.

She created, produced and co-hosted more than 100 episodes of the HGTV & DIY
lifestyle show Creative Juice. She also created and hosted the Emmy Nominated
mini-series Witch Crafts. Cathie has also appeared on numerous network shows,
specials and promos for NBC, ABC, Discovery Channel, HGTV, DIY and Food Network. Programs such as Rachael Ray, IVillage Live, View From the Bay and the Florence Henderson Show have featured Cathie as a "lifestyle expert".

Cathie is the author and project designer of 4 books. 101 Tees (Summer 2011), 101 Snappy Fashion, Bow Wow WOW! and Creative Juice – 45 Re-Crafting Projects. All books are published by Lark Books. She also writes Home Hobbies, a monthly syndicated newspaper column for United Features and she contributes to national shelter publications such as Real Simple, Better Homes and Gardens, Redbook, Womens World, Life Magazine and many others.

Cathie is a National Spokesperson for Plaid Enterprises, one of the largest manufactures of art and craft products in the United States. Cathie appears
on HSN and QVC showcasing Plaid’s newest products.

In 2010, Cathie made her debut as one of the faces for Dove Beauty: Real Women Real Beauty. She was chosen to appear along with other women in America for the new documentary style campaign. Look for Cathie’s campaign on Oprah.com.

In January 2011, Cathie’s invention Hot Glue Glue Helpers, a line of tools for working with hot glue will hit the craft shelves. Look for them at all the major retailers and craft stores.


Cathie Filian grew up in the Midwest and has been getting crafty since she can remember. She began sewing when she was 8 and her love of stitching followed her all the way to college, where she studied Textile Science and Fashion Design at Ohio State University. In her senior year, Cathie was awarded the Outstanding Senior Design Award.

Before stepping "in front" of the camera, Cathie worked in the film business creating
costumes for films such as Rushmore, Twister, Heartbreakers and Vanilla Sky. She has styled some of Hollywood’s leading ladies and gents.

Cathie lives in Los Angeles with her husband, Eddie and their dog Max.

Posted by Cathie Filian at 8:54 AM